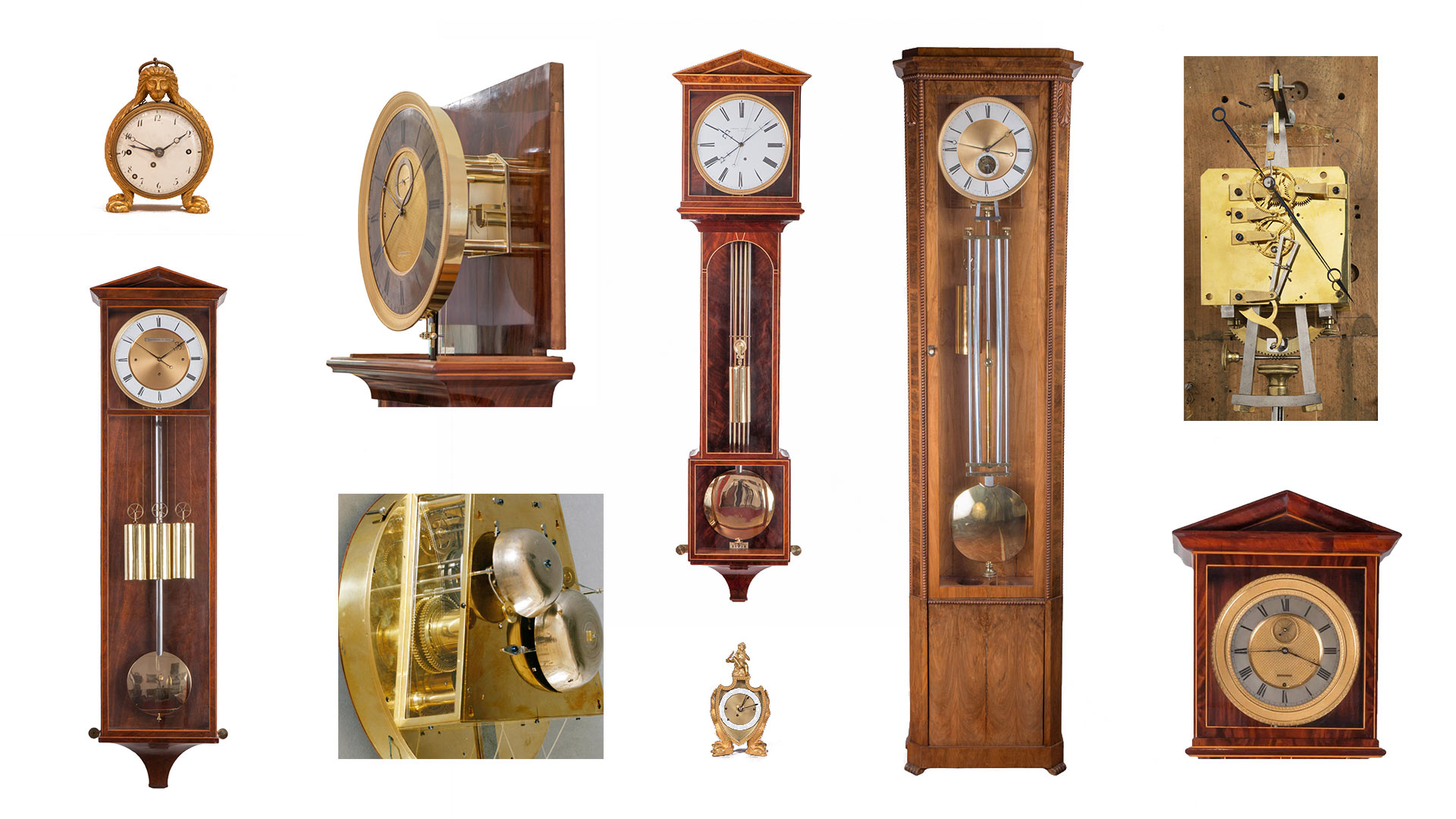 Clocks are without doubt one of the most popular items for collectors of antiques. The imperial capital of Vienna represented prominence when it came to the manufacture of weight-driven precision clocks. Mantle clocks, and longcase clocks of outstanding quality were all produced in Vienna. The master clockmakers during the first quarter of the 19th century called themselves "artists". Their craftsmanship was truly unique. The clocks they produced are a manifestation of precision and beauty.

Stephan Andréewitch has been part of Vienna's antique scene for almost 40 years. Specializing in antique Viennese clocks, the international company trades clocks, handicrafts, silver cutlery, Biedermeier glasses and Austrian paintings from the 19th century. Founded in 1979 in Burggasse in Vienna Neubau, they spent more than 20 years in Favoritenstrasse in Vienna Wieden. In 1997 the business moved to the inner city. The first locations were in Seilergasse and Spiegelgasse. Finally, a representative shop was opened in 2010 in Stallburggasse 2 near the Dorotheum auction house.